Commemoration of the discovery of Neptune

In neptunian years, Earth people discovered the planet one year ago: this needs to be honoured!
In earthian years, the german astronomer Johan Galles has discovered a new planet, baptized Neptune, on September the 23rd, 1846.

This planet, located 4,5 billion kilometers away from the Sun, that is to say 30 times farther than Earth, has a revolution that lasts 165 years on Earth.

To feast this special day, on July the 13th, 2011, when Neptune is exactly at the same place as when it has been discovered, Hubble has taken series of pictures of this geant blue-green planet.

The picture here below shows Neptune and some of its moons (amongst the 30 discovered) thanks to 48 pictures taken per Hubble and put together.
Colors have been obtained via a combination of pictures taken with three filters of different colors. 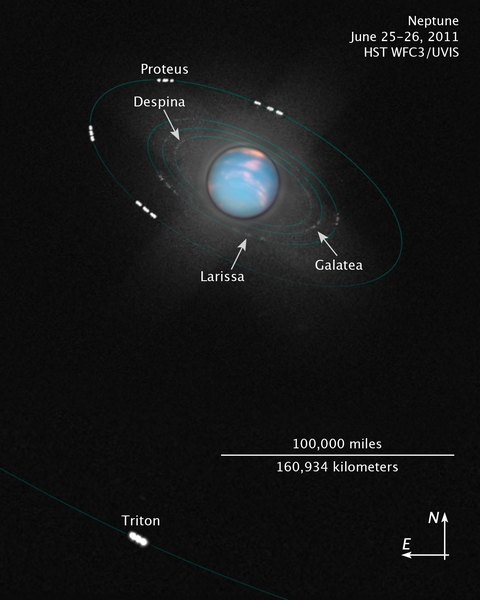