1st worldwide : a sun prominent has been followed from the Sun to Earth

On October the 25th, 2006, a Delta launcher sent in space the two spacecrafts STEREO built to study the Sun.
One has been sent in the Earth orbit arount the Sun, ahead our planet, the second one in the same orbit, behind Earth. The goal is to have three observation points to look at the Sun.

On August the 18th, 2011, the STEREO spacecrafts have filmed for the first time a prominence from its creation on the Sun surface until it reaches Earth.

We can see the gaz clouds sent per the star crossing the space, touching Earth and continuing in deeper space.

The link here below allow to reach the NASA page where the movie of the prominence is completely shown and is explained (3 minutes long).
The first picture of the movie shows also very well how the two spacecrafts are located in relation to Earth and to the Sun. 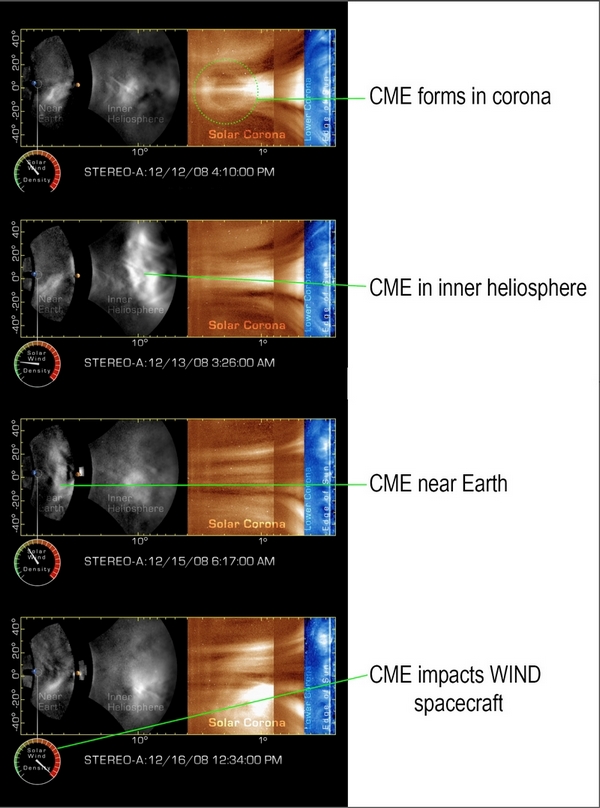 Upper pictures show in 4 steps the progress of the gaz mass sent per the Sun.
Credit: SwRI