Sc2.0 is the name of the first yeast chromosome that is totally artificially manufactured.
This March 27, 2014, a team of American researchers led by Jef Boeke of New York University has created synthetically chromosome III of Saccharomyces cerevisiae, which is more commonly known as baker's yeast.
This chromosome belongs to a eukaryotic cell, that is to say to a cell which has a core which contains its own genetic background.
Historically, researchers had succeeded in artificially rewrite the genetic heritage PhiX174 virus in 2003 and the bacterium Mycoplasma genitalium in 2008.
Then in 2010, the research team of Professor Craig Venter managed to assemble from scratch the genome of a bacterium.
Now, this is an extremely complex organism that has been built since its 16 chromosomes total 6275 genes, or 12,156,677 base pairs.
Thus, gradually , a significant number of students from Hopkins University in Baltimore have synthesized 367 fragments, each consisting of 750 base pairs, totalizing 275,250 base pairs.
Then, set in groups of four, 127 bricks were thus obtained and were injected ten by ten so that at the end of 12 successive process the native chromosome was completely replaced.
Future goals will be to rebuild completely the chromosomes of this yeast.
Then, this type of technology could help to develop more efficient biofuels.
However, it is clear that now the ethical questions arise.
This is why a charter of good conduct was written to supervise the work and it was signed by all participants. 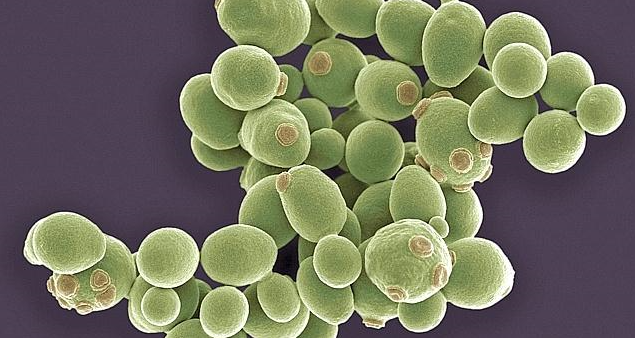