Success of the first fly of the Experimental European Space Plane, the IXV

The European space plane prototype IXV (Intermediate Experimental Vehicle) made its first flight successfully.
Initiated by ESA and mainly taken by Italy, the prototype launched from French Guiana with a Vega rocket on Wednesday at 14h40 (Paris time) has successfully completed its first flight.
The machine has the form of a massive plane without wings.
It measures 5 meters long and weighs 2 tons.
The purpose of this machine is to increase knowledge in the field of gliding reentry.
Hence, the objectives of this experimental flight was to validate the aerodynamic behavior, thermal protection and guidance system (the re-entry was made at the speed of 7,5 km per second over a horizontal distance of 7,000 km).
100 minutes after launch and after reaching an altitude of 420 km, the IXV has landed as planned in the Pacific Ocean, with the help of parachutes to finish the race.
Industrial and scientific consortium that participated in the experiment whose funding is entirely public is represented among others by CNES, Thales Aliena Space, Dassault and ONERA.
Financing is also particularly low, as this experience has cost "only" 150 million euros. 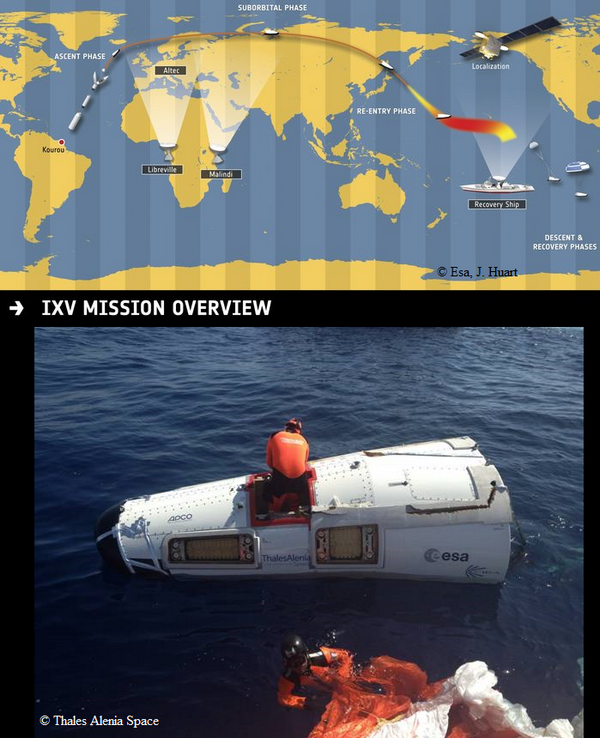