Exclusive interview of Serge Cosnier, Co-Inventor of the Biocel Fuel

You are Bio-Electro-Chemist and Director of the Molecular Chemistry Department at the CNRS in Grenoble, France. You invented a battery that uses blood glucose in collaboration with Mr. Cinquin, Director of the Laboratory of Technics of Medical Engineering and Complexity - Computer Science, Mathematics and Applications of Grenoble.

GT: What is the general principle of the glucose battery?
SC: It consists in combining two electrodes modified with enzymes in order to produce electricity from oxygen (which is reduced: electron consumption) and glucose (which is oxidized: producing electrons).
The oxidation-reduction, or redox, (see Appendix 1) is thus composed of two half-reactions: oxygen, the oxidant, captures four electrons, and glucose, the reductor, transfers two electrons. Closing the electrical circuit between the two elements allows using this energy.

GT: How can this discovery change many people's lives?
SC: This biofuel cell produces electrical energy from glucose and oxygen present in your body (extra-cellular fluids, blood, etc.) so unlike batteries that contain a finite amount of energy, in theory, biofuel cell can supply energy in an unlimited way since breathable and eating the body maintains a constant concentration of glucose and oxygen.

GT: How does one become Bio-Electro-Chemist?
SC: It usually becomes chemist and also finds interests to physical and chemical methods that can deepen in some sectors such as electrochemistry. Working at the interface required for my part to do an internship of one year in Germany in a specialized laboratory in Biochemistry.

GT: What idea made you working together to reach this discovery?
SC: I worked for several years on the bioconversion of energy, particularly with electrodes to hydrogenase (see Appendix 2) to convert hydrogen into electricity and vice versa and then I was working on biofuel cells when the Professor Cinquin came to find me to offer me to develop implantable biofuel cells, oh so delicate subject! since we must solve not only the problem of the development of biofuel cells but also their sterilization, make them biocompatible and also we had to solve all connection problems of the biofuel cell in animal and in surgery.

GT: It seems that in the future, important discoveries will be done by combining highly specialized sciences and technologies: why?
SC: We are far from having explained and exploited all the possibilities of combination of biological systems developed by nature over millennia and foreign systems to the living environment.

Serge Cosnier, you just received the Grand Prize of the Chemical Society of France. We would like to congratulate you, and beyond that, we would like to thank you for your research and discoveries that hopefully in the future will help very many people.

Annexes:
(1) For our readers who want to understand more forward the principle of redox, this link takes you to the Wikipedia page: https://en.wikipedia.org/wiki/Redox

(2) A hydrogenase is an enzyme that catalyses the reversible oxidation of molecular hydrogen (H2).
This link explains in detail the hydrogenase: https://en.wikipedia.org/wiki/Hydrogenase 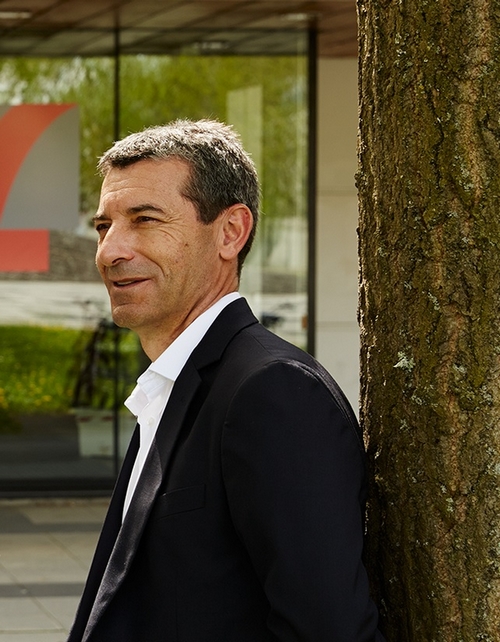